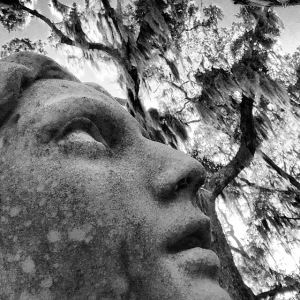 The only thing we have to fear is fear itself.

And there it is—the ugly beast that has created a culture of fear in this country and many others—Fear.

In this case, it is fear of death. And yet, it’s not the instinctual, healthy fear of death but rather the fear of a highly unlikely death—that of a terrorist claiming one’s life.

So many people, many of them Christians, have been persuaded to live into this fear. They spout angry words and load themselves down with weapons. I can only speak from a Christian standpoint but doesn’t living in fear of death and one’s “so-called” enemies go against everything Jesus tried to teach us?

Is a Christian who is afraid of death not, in fact, a functional Atheist?

Obviously, we have to have some fear of death or otherwise we wouldn’t try to maintain our health and attempt to be safe in various aspects of our life. That being said, most of us seem oblivious to the fact that we could drop dead at any second from a heart attack, stroke or aneurysm. It happens all the time.

Those are just a few of the enemies within us that take our lives. And, from the exhaustive research I’ve done, I feel pretty confident in saying that the mortality rate is still right at 100 percent.

But, we have other very real enemies that can take our lives with no notice—from the accidents that happen such as simply slipping and falling to the greater potential of dying in a traffic accident every time we get into a car. Exhausted drivers, drunk drivers, distracted drivers take lives daily.

So why are so many people wrapped up in the terror of being killed by a religious extremist or some other fanatic? Honestly, I do not understand how being fearful will save them in the long run although it might bring about death from stress-related health issues.

Personally, I do not want to expend the energy it would take to live in that kind of fear when it could be used in a myriad of significantly more beneficial ways—from keeping my own soul peaceful and centered to helping those in actual need. And, as a Christian, I live in hope of something more. Whether it is as simple as becoming one with the universe, the collective unconsciousness, or something much more complex, I feel certain that there is something more.

I do not want to die, and yet I have resigned myself to death. I have even gone so far as to choose my readings, psalms, hymns, etc., for the Burial Service in the Book of Common Prayer. Being Episcopalian, that is made easy for me, but I imagine other denominations or faiths have similar options. When my grandmother died, and she had, naturally, planned every aspect of her funeral, the funeral director told us that he had found that in general the people who planned for death tended to live much longer than those who lived in fear of it.

I can see how that might be true as not worrying about death relieves one of a great burden. So, yes, while I do not want to die—I would love to see how my daughter’s life progresses, know her child or children should she choose to have any—I have come to terms with it and I do not live in fear.