In light of all the horror and violence assaulting us daily, maybe it’s time to:

Having played Gretchen in a college version of Faust (auf Deutsch, natürlich), this is one of my favorite acts of the play. As the drama nears its end, Faust and Mephistopheles have drawn closer, somewhat tempered each other.

Unfortunately, this causes Mephistopheles to want to regain some of his control over Faust. He is the devil, our shadow, after all. So, he asks Faust if there is anything he would like.

Not as such, Faust replies. This is the man “whom infinity would scarcely satisfy” at the beginning of the book. Mephistopheles offers him the moon, but Faust says he would be content with “a piece of coastline so that he might reclaim land from sea.”

“Water, particularly the ocean, is a universal symbol of the unconscious,” Robert Johnson writes, “and Faust is asking for eternal connection with the depths represented by the sea.”

The true work of man in the latter part of his life, he says, is the cultural process of bringing up some of the contents of the unconscious and integrating them into consciousness.”

Goethe symbolizes this by having Faust reclaim land from the sea–dredging canals, building dikes–taking land from the sea and adding it to the land mass. In this process Faust finds great contentment.

But as we know, nothing is ever that simple. When Faust complains to Mephistopheles that a cottage owned by a couple (Baucis and Philemon), who have lived on his newly acquired property all of their lives, blocks his view, tragedy ensues once again. Mephistopheles frightens the old couple to death and burns their cottage to the ground.

Faust is horrified, particularly as he realizes that he is responsible for the tragic results.  It is now that Faust realizes just what his alliance with Mephistopheles is costing him.

“He learns,” Johnson notes, “that he has power over Mephistopheles and that he is capable of misusing that power.”

As he continues to reclaim land from the sea, he does not notice the approach of the “four gray sisters–Want, Debt, Need and Care.” Johnson says these dark forces are the power of necessity. Because of his wealth, Faust can easily ignore the first three as he has everything he needs. But no man can ignore Dame Care. She is something we all need.

When he doesn’t take her seriously, Dame Care blinds Faust. “This leads me to believe,” Johnson writes, “that the blinding was more an inner exchange of sight for insight, a transformation required of every man as he grows old.”

Faust’s excavation now becomes the digging of his own grave as he can no longer see what he is doing. Johnson says that here you can recognize one of the dangers of old age–digging or hacking away at a project out of inertia and habit rather than any sense of purpose.

Just before his death, Faust steps back from his labors and sees a utopian vision of a noble band of people inhabiting his newly claimed land, and utters the fatal words–“Linger, thou art so fair!”

Mephistopheles rushes in to claim Faust’s soul, according to the terms of the contract agreed upon 24 years previously. Faust has lost and Mephistopheles has won! What is the point of inner change if only to have it snatched away by a very human error at the end? Is absolute perfection required of us at the gates of heaven?

But then something miraculous happens. Despite everything, Gretchen’s love for Faust has never waned. She appears at the head of a choir of angels and pleads for Faust’s soul. It was a vision of heaven, they say, that made Faust utter those fatal words, not anything that Mephistopheles created. A technicality, perhaps, but it works. Gretchen leads Faust into heaven where grace, not justice, prevails.

“The masculine stuff of law and order and justice are superseded by grace and love,” Johnson writes.

“We have seen no redemption of one in a pair of opposites is possible without the same redemption of the other,” Johnson says. Both Faust and Mephistopheles must be redeemed if either is to find wholeness.

While lamenting his loss, Mephistopheles catches sight of a boy angel in the heavenly band and falls in love with him, neglecting to press his partially limited charges against Faust.

“To understand the multitude of forms in which love may touch you is to gain some sense of its great mystery,” Johnson writes. “Mephistopheles has been touched by that form of love that is specific to his need and his transformation.”

Faust is redeemed by the love of Gretchen; Mephistopheles by his first experience of love. “Ego and shadow each finds its own level of redemption and its own appropriate salvation.”

The boy angel, symbolizing love (not unlike Cupid), is the fourth manifestation of the archetype of puer aeternis. To touch the puer is to touch eternity and love and be delivered from the time-space world, Johnson says.

The play ends with the following lines:

All that is perishable
is but an image;
Here the short-reaching
becomes result.
The indescribable–
here it is done;
The Eternal Feminine
draws us on.

This is more than a hint that wholeness is not attained by means of masculine law or contract. It is a gift from the feminine aspect of God.

If thou must love me, let it be for nought
Except for love’s sake only. Do not say
“I love her for her smile–her look–her way
Of speaking gently,–for a trick of thought
That falls in well with mine, and certes brought
A sense of pleasant ease on such a day”–
For these things in themselves, Belovèd, may
Be changed, or change for thee,–and love,
so wrought.
May be unwrought so. Neither love me for
Thine own dear pity’s wiping my cheeks dry,–
A creature might forget to weep, who bore
Thy comfort long, and lose thy love thereby!
But love me for love’s sake, that evermore
Thou may’st love on, through love’s eternity.

Do not be afraid. We are immortal, eternal spirits and we are always loved. In fact, we are love.

As I recently noted, when the universe speaks to me in stereo, I try to listen. So, as I am working my way through the remaining codon rings in Gene Keys by Richard Rudd, I discovered the next on my list was the 9th Gene Key. Coincidentally (God-incidentally), that was my hexagram that morning at Tarot.com. The 64 Gene Keys being not dissimilar from the 64 I-Ching Hexagrams, I knew that this was something to which I needed to pay closer attention.

No matter what you choose to title the 9th–The Power of the Infinitesimal, The Taming of the Power of the Small or even Small Influences–it all comes down to our tendency, as humans, to completely immerse ourselves in the trivial, and often irrelevant, details of life. For example, anyone who watches “reality” television (an oxymoron if I ever heard one) will find themselves wallowing in this Shadow aspect of the 9th Gene Key. In this case the trivial is anything that is neither beautiful nor practical.

To move beyond this Shadow of Inertia, one must apply one’s energy only to those things that serve a higher purpose in one’s life. Lao Tzu is credited with saying, “The journey of a thousand miles begins with the first step.” Rudd says a more accurate translation is: The journey of a thousand miles begins beneath one’s feet. As always, our focus should be on what lies right in front of us rather than on the future or past–always living in the present moment.

Rudd says an excellent image of this, for both the Shadow of Inertia and the Gift of Determination, is a pathway constructed of stepping stones. If you are lost in the Shadow, then those stones will form a never-ending circle and you may never realize that not only are you not going anywhere, you are wasting all your energy. At the Gift level, however, the stepping stones form a path that continues forward and you lose sight of those stones once they reach the horizon. But, it doesn’t matter. Because, not only do you not care where they are going, you find a sense of excitement in the mystery and adventure of moving ahead one step at a time.

Once you realize this sense of adventure, even the quotidian aspects of life become fulfilling because they all lead you, one step at a time, in the direction of your dream. Without this sense of inner focus, Rudd says, a great deal of energy goes into complaining, whether vocally or mentally.

“There truly is nothing in life,” he says, “you cannot accomplish if you put your heart squarely behind it.”

This Gift of Determination is built on the rock of the very smallest of acts, he says. As Aleister Crowley noted, “Every intentional act is a magical act.” Once you break away from the trivia of the Shadow and connect with your vision or ideal as a feeling and a knowing deep inside, Rudd says, you have truly begun the journey of a thousand steps.

From then on, every single step you take, no matter how mundane it seems, will lead in the direction of your dream, the direction your heart is taking you. And the more you allow every step to fulfill you, the easier the path becomes and the less energy and willpower you must use. Then you tame life instead of allowing it to tame you.

The endpoint of this path is the Siddhi of Invincibility or the power of the infinitesimal. According to Rudd, the infinitesimal is also paradoxical. For, if one, for example, goes on dividing a piece of string in half, one could theoretically go on forever and thus it becomes boundless and inner space leads to outer space, and you become invincible and invisible. And, the only force is the universe that is truly invincible is love. And that is always what everything comes down to–LOVE. 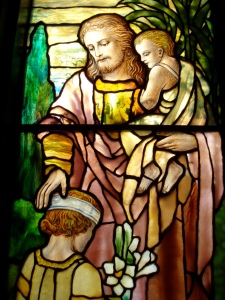 And now these three remain: faith, hope and love. But the greatest of these is love.

And when it comes to love, learning to love your self is one of the most important things you can do. That, and teaching your children to love themselves. Because, if you cannot love yourself, then you cannot fully love another.

Learning to love everything about your self is not easy. But, you must learn to love EVERY THING. And, if you can’t find it in yourself to love certain aspects of your self, at least accept them. Do not judge your self. Acknowledge and accept even if it is something you’re ashamed of.

Loving your self will then help you to heal your self in whatever way is needed.

Following are a few exercises to help you down the path to self love:

1) Every day write down five different compliments about your self. They can be anything from something physical to something nice you have done to something you have accomplished and so on.

2a) On one sheet of paper, write down the thing you’ve done that you are the most ashamed of.

2b) On a separate sheet of paper, write down what type of characteristics a person would have to have for you to be able to share that shameful thing with them

2c) Now which of those characteristics do you have?

2d) Finally, throw away the first sheet of paper, but keep the second. Read this second sheet to your self every day. Attempt to cultivate those qualities within your self.

3a) On one sheet of paper, share all the terrible things that have happened to you in your lifetime.

3d) Now hug your self, and tell the 5-year-old you that you love them, and that you will always be there for them.