The clean up crew consisted of 6 priests, a deacon, 2 spouses of priests, Honey Creek staff, and a lot of student volunteers.

This past week was spent preparing for Irma, braving the storm in our home, and the clean up afterwards. It turned out to be a good thing that we remained at home. Otherwise, the gallon-plus of water that leaked through the bedroom ceiling would have destroyed the mattress on the bed. Instead, the bed was moved out of the way and I spent the remainder of the day listening the plink and plonks as water dripped into the five containers scattered across the floor.

Yesterday, at the crack of dawn, we headed down to Honey Creek to begin the clean up there. While most of the buildings on the campus were unharmed, there was still significant damage.

And reeds from the marsh were deposited all around the dorm. And, along with the reeds, the marsh crabs were washed inland away from their normal habitat. I saw crabs scuttling around in the dining hall, and if you know the camp, you know how far that is from the creek! 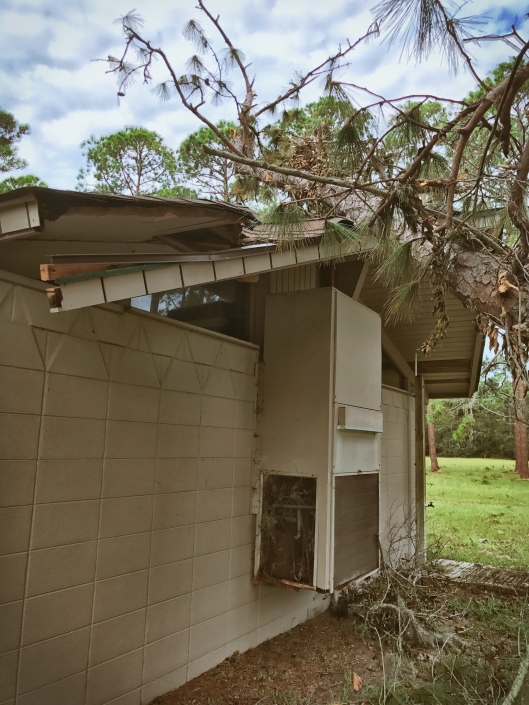 Cullum dorm was the only building to receive a direct hit from a tree. 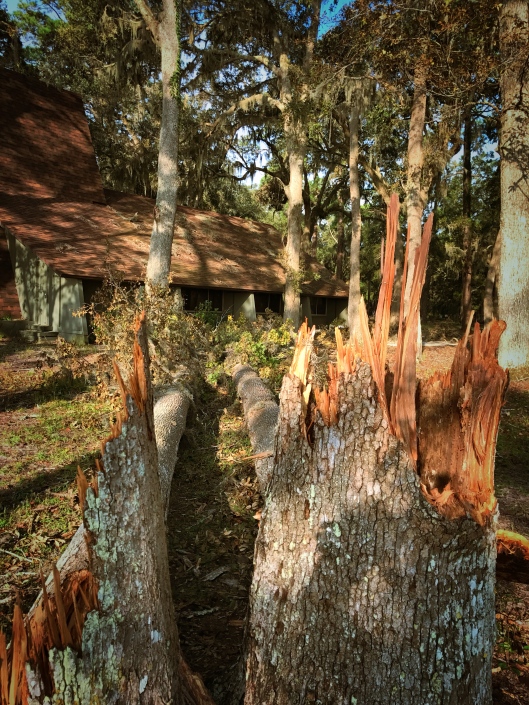 These two trees missed hitting the Chapel by inches.

Frank works at de-limbing one of the 67 trees that were felled during the storm.

And I, along with others, start the process of carrying those limbs away to later be burned.

After a day’s work, a lot of clearing had been done, but it’s going to be a long process. As one of the Honey Creek staffers noted, “We had just finished cleaning up after Hurricane Matthew and now we have to start the process all over again.”