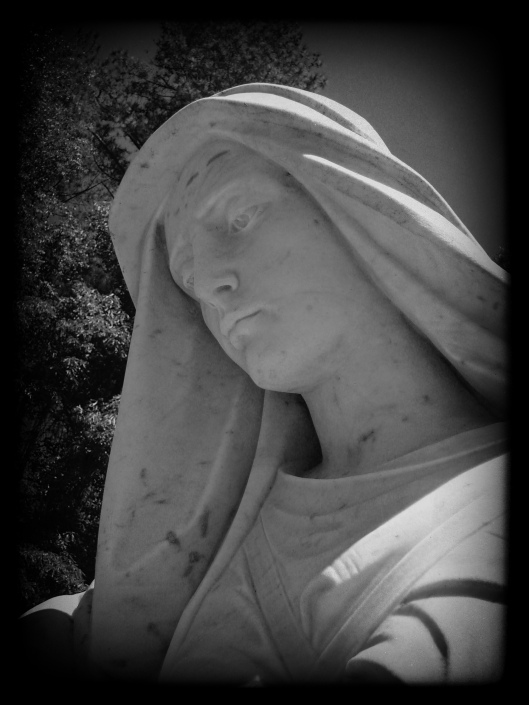 I had a guinea golden–
I lost it in the sand–
And tho’ the sum was simple
And pounds were in the land–
Still had it such a value
Unto my frugal eye–
That when I could not find it–
I sat me down to sigh.

I had a crimson Robin–
Who sang full many a day
But when the woods were painted–
He–too–did fly away–
Time brought me other Robins–
Their ballads were the same–
Still, for my missing Troubador
I kept the “house at hame”.

I had a star in heaven–
One “Pleiad” was its name–
And when I was not heeding,
It wandered from the same–
And tho’ the skies are crowded–
And all the night ashine–
I do not care about it–
Since none of them are mine.

My story has a moral–
I have a missing friend–
“Pleiad” its name–and Robin–
And guinea in the sand–
And when this mournful ditty
Accompanied with a tear–
Shall meet the eye of traitor
In country far from here–
Grant that repentance solemn
May seize upon his mind–
And he no consolation
Beneath the sun may find.
~~ Emily Dickinson, c. summer 1858 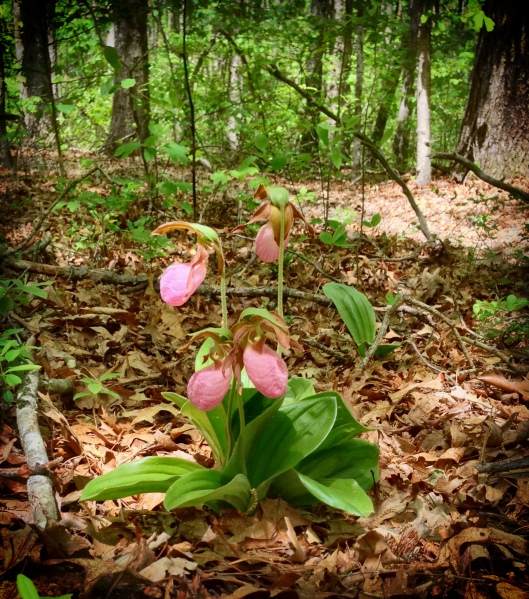 To him who keeps an Orchis’ heart–
The swamps are pink with June.
~~Emily Dickinson, c. late summer 1858 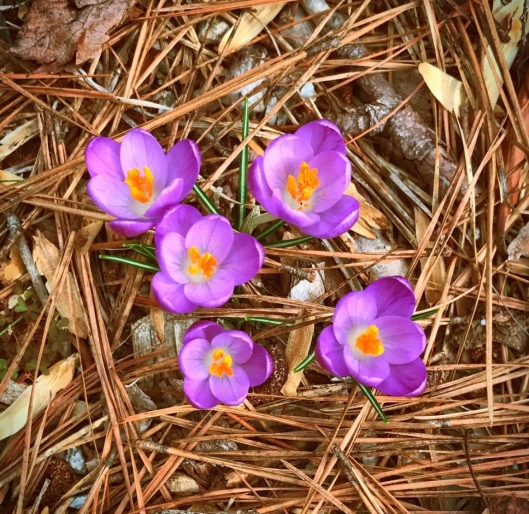 To lose–if One can find again–
To miss–if One shall meet–
The Burglar cannot rob–then–
The Broker cannot cheat.
So build the hillocks gaily–
Thou little spade of mine
Leaving nooks for Daisy
And for Columbine–
You and I the secret
Of the Crocus know–
Let us chant it softly–
“There is no more snow”!
~~Emily Dickinson, c. late summer 1858

All these my banners be.
I sow my–pageantry
In May–
It rises train by train–
Then sleeps in state again–
My chancel–all the plain
Today.
~~Emily Dickinson, c. late summer 1858 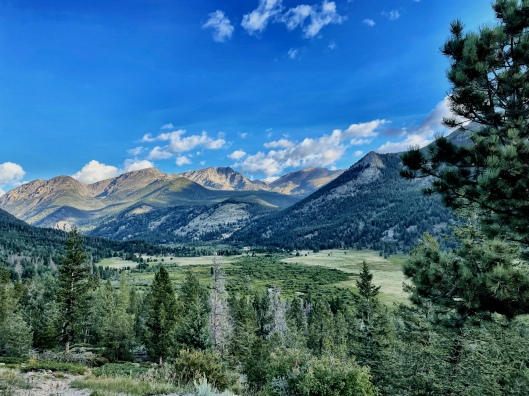 Recently, we took a much-needed vacation, and along with our daughter, Griffin, and her boyfriend, Chaz, spent the better part of a week in Estes Park at the foot of Rocky Mountain National Park in Colorado. It was cooler than where we were coming from (Savannah, Georgia and Phoenix, Arizona) by a good 20-30º Fahrenheit. And for us, it was a major change in elevation–from 18 feet above sea level to in excess of 7,000 feet above sea level. 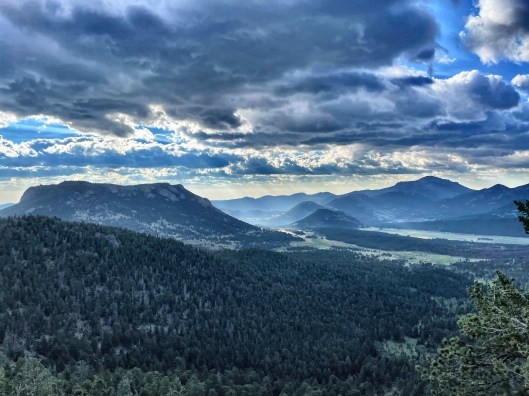 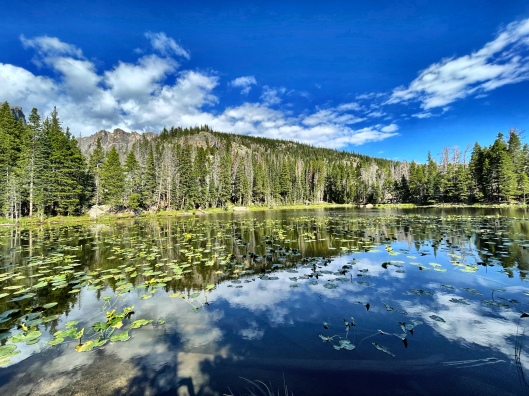 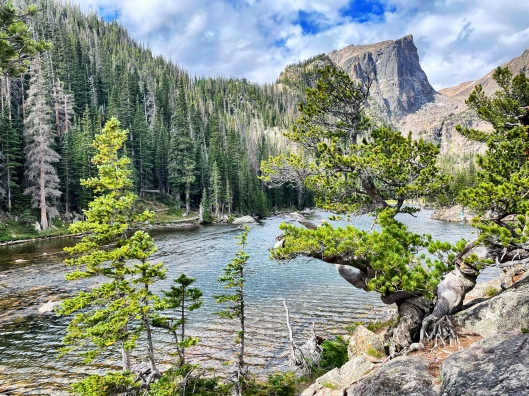 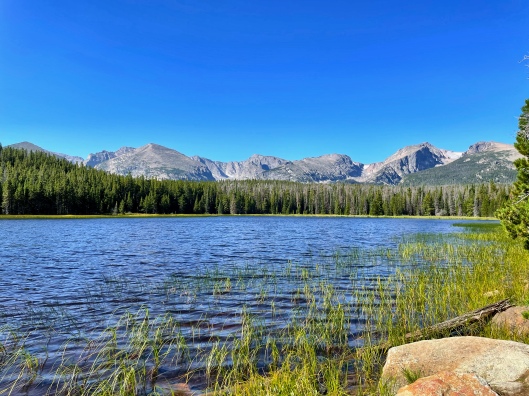 Bierstadt Lake, named for Albert Bierstadt (1830-1902) who was famous for painting lavish landscapes of the American West. 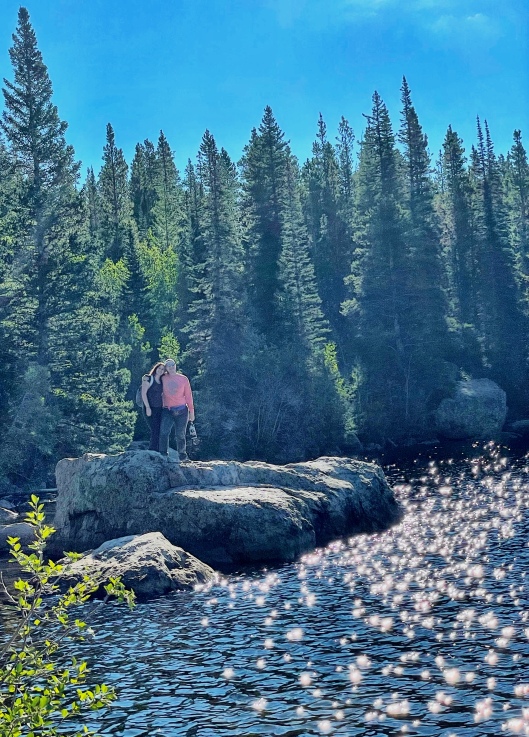 Griffin and Chaz at Bear Lake

Pretending to be drawn to opposite oceans–Frank to the Atlantic, me to the Pacific. 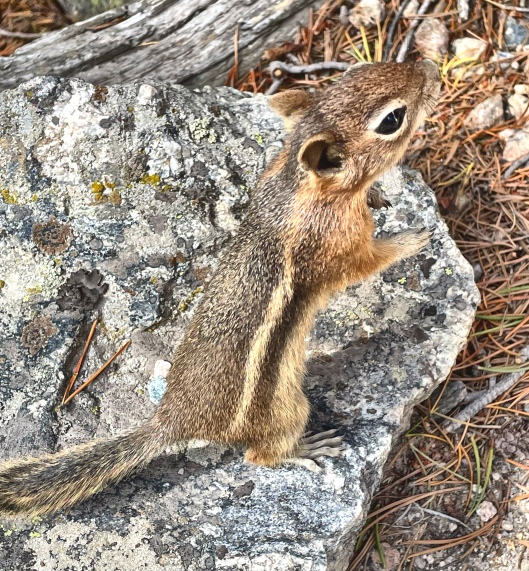 I made friends with a clever little chipmunk that hiked a good 100 feet or so along the trail with me. I named him Simon after the middle brother in “The Chipmunks”. 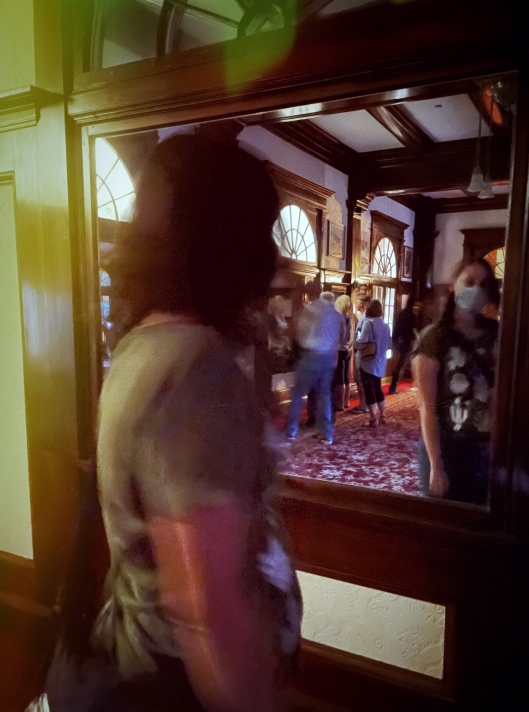 A freaky picture of Griffin during our night tour of the Stanley Hotel, where Stephen King was inspired to write “The Shining” and where the miniseries was filmed. 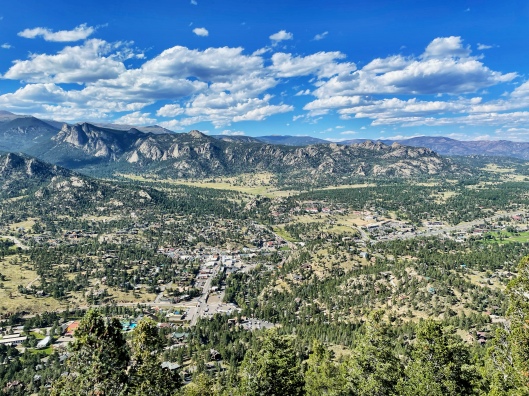 On our last day, we took the aerial tramway to the top of Prospect Mountain, which overlooks Estes Park and the Rockies.