Beginning in 2018 (oh yeah, that’s the day after tomorrow!), I will no longer be using The Wilderness Road as a blog. Instead, I intend to publish a quarterly newsletter via Mailchimp and VictoriaLogue.com that will feature what I’m currently working on, upcoming books, what I’m reading, and that type of thing. In addition, I may send out the occasional email to let you know about books about to go on sale and other things of a timely nature.

If you’re interested in signing up for my newsletter, Eclectic Life, you can do so here: 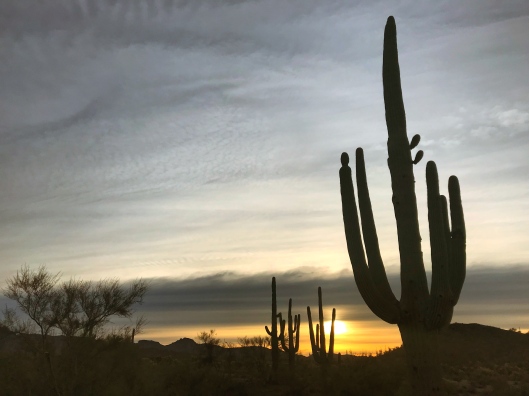 Beginning on January 1, 2018, I will begin a daily blog featuring wisdom from the desert fathers and mothers. Below you will find a sample–advice from Desert Mother, Amma Theodora.

Stay tuned for a special announcement about this blog, The Wilderness Road, coming next week . . .

Amma Theodora said, “It is good to live in peace, for the wise man practices perpetual prayer. It is truly a great thing for a virgin or a monk to live in peace, especially for the younger ones. However, you should realize that as soon as you intend to live in peace, at once evil comes and weighs down your soul through accidie, faintheartedness, and evil thoughts.

“It also attacks your body through sickness, debility, weakening of the knees, and all the members. It dissipates the strength of soul and body, so that one believes one is ill and no longer able to pray.

“But if we are vigilant, all these temptations fall away. There was, in fact a monk who was seized by cold and fever every time he began to pray, and he suffered from headaches, too. In this condition, he said to himself, ‘I am ill, and near to death; so now I will get up before I die and pray.’

If you want to savor a piece of daily desert wisdom in 2018, you can follow my blog here: Franciscans Day by Day

Morning light on the Superstitions.

Nevermore recently made a return trip to Bonaventure Cemetery. Below are a few photos, to see the rest and/or the entire collection go here: NEVERMORE

It is Advent, and the time when we sing one of my favorite hymns as Christmas approaches. But O Come, O Come, Emmanuel is not just one of my favorite Christmas hymns (O Holy Night and What Child Is This? are high on the list as well), but it is also the song from which I picked the titles of the three books in the Hallowed Treasures Saga.

Here is a video my husband, Frank, made of O Come, O Come Emanuel:

The song came first. The first two books had several working titles before I decided on The Path to Misery for the first book in the trilogy. But the song appeared early in the first book when the Princess Eluned, Jabberwock, and Bonpo finally make it through the snowstorm in the Mountains of Misericord, and Eluned sings: O come, Thou Key of David, come and open wide our heav’nly home; make safe the way that leads on high, and close the path to misery.

Once I decided on The Path to Misery for the first book, it made it easy to incorporate lyrics from other verses into the next two books and to choose In Lonely Exile and Death’s Dark Shadows at their titles.

The hymn is a translation of a Latin hymn, Veni, Veni, Emmanuel, which is a metrical paraphrase of the O Antiphons, a series of plainchant antiphons attached to the Magnificat at Vespers over the final days before Christmas. The 1861 translation, which I used to choose the titles, is from Hymns Ancient and Modern, and is the most used, by far, in the English-speaking world. Because the original song is in Latin, though, you will find many versions with different lyrics by artists who wished to copyright their version.

Each antiphon is a name of Christ, relating one of his attributes mentioned in Scripture. They are:

According to Fr. William P. Saunders, “The exact origin of the O Antiphons is not known. Boethius (480–524) made a slight reference to them, thereby suggesting their presence at that time [the sixth century]. At the [Benedictine Abbey of Fleury] these antiphons were recited by the abbot and other abbey leaders in descending rank, and then a gift was given to each member of the community. By the eighth century, they are in use in the liturgical celebrations in Rome. The usage of the O Antiphons was so prevalent in monasteries that the phrases, Keep your O and The Great O Antiphons were common parlance. One may thereby conclude that in some fashion the O Antiphons have been part of our liturgical tradition since the very early Church.”

While the hymn is often linked with the 12th century, the earliest surviving evidence of the hymn’s text is in the seventh edition of Psalteriolum Cantionum Catholicarum, which was published in Cologne in 1710. The familiar tune called Veni Emmanuel was first linked to this hymn in 1851, when it appeared in the Hymnal Noted, paired with an early revision of the English translation of the text. In 1966, British musicologist Mary Berry (also an Augustinian canoness and noted choral conductor) discovered a 15th-century French manuscript containing the melody. Most versions are sung to this tune today.

Here is the version from:

O come, Thou Rod of Jesse, free
Thine own from Satan’s tyranny;
From depths of hell Thy people save,
And give them victory o’er the grave.
Rejoice! Rejoice! Emmanuel
Shall come to thee, O Israel.

O come, Thou Dayspring, from on high,
And cheer us by Thy drawing nigh;
Disperse the gloomy clouds of night,
And death’s dark shadows put to flight.
Rejoice! Rejoice! Emmanuel
Shall come to thee, O Israel.

O come, Thou Key of David, come
And open wide our heav’nly home;
Make safe the way that leads on high,
And close the path to misery.
Rejoice! Rejoice! Emmanuel
Shall come to thee, O Israel.

O come, Adonai, Lord of might,
Who to Thy tribes, on Sinai’s height,
In ancient times didst give the law
In cloud and majesty and awe.
Rejoice! Rejoice! Emmanuel
Shall come to thee, O Israel.